The 2015 ski season has begun! Last season my racing began early in December with races at Sovereign Lake, Rossland and Soldier Hollow. This year things have returned to “normal”: more training, Christmas, and time with friends over the holidays before the traditional season start in January. So far I have raced in Maritime Cups at Dieppe and Miramichi in New Brunswick. I have also tried my hand at biathlon in the Atlantic Cups at Martock, Nova Scotia . This weekend the serious cross country racing began with a 1000km drive to Eastern Canadian Championships near Ottawa.

On the podium in Miramichi with Kevin Heppell.

Kevin Heppell is a fantastic athlete from Charlo, New Brunswick. He competes both in biathlon and cross country. This year he will be representing New Brunswick at the Canada Games in cross country. Both of us work full time on different schedules but we train together when we can. It has been fabulous to push each other to race harder this year, all while sharing the understanding of what it takes to be an athlete with a full time job. 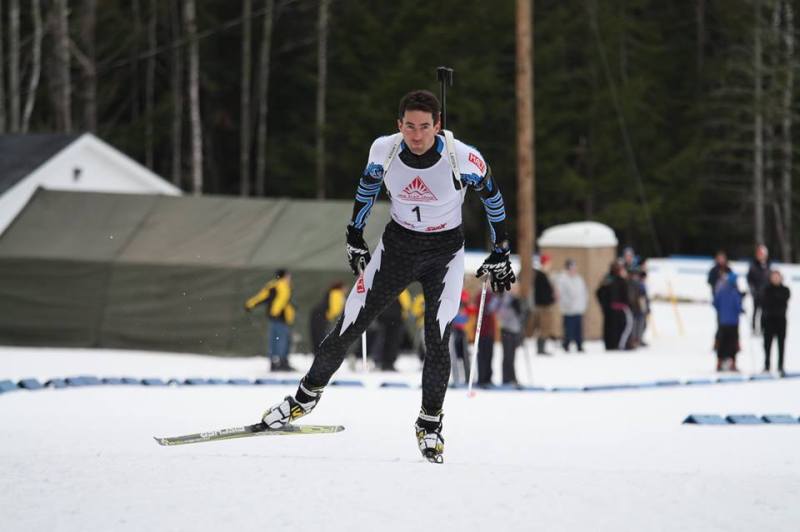 My first ever biathlon race.

First round of standing shooting.

Racing biathlon has been a fascinating new challenge this season. I still have lots of work to do on my shooting so that I can spend less time on the penalty loop! My skate skiing is feeling good, and meeting the biathlon community in Atlantic Canada has been an incredible experience. There are so many passionate coaches, volunteers and athletes here!

This year Eastern Canadian Championships were a cold affair – temperatures were near -20C which caused starting times to be delayed. Saturday brought a 15km individual start skate race, this is a race format which I struggled with last year, this year was a bit better, but I still have some work to do on this race. Sunday brought a mass start classic race, shortened from 20 to 15km. I would have preferred the longer race, but still really enjoyed the experience and was happy with my race. I really enjoyed racing at Easterns this year. As the races are part of the NorAM continental Cup series, they are always well run, and the courses are challenging. There are also many racers on course which pushes me to ski faster, and to observe and learn from the top racers. 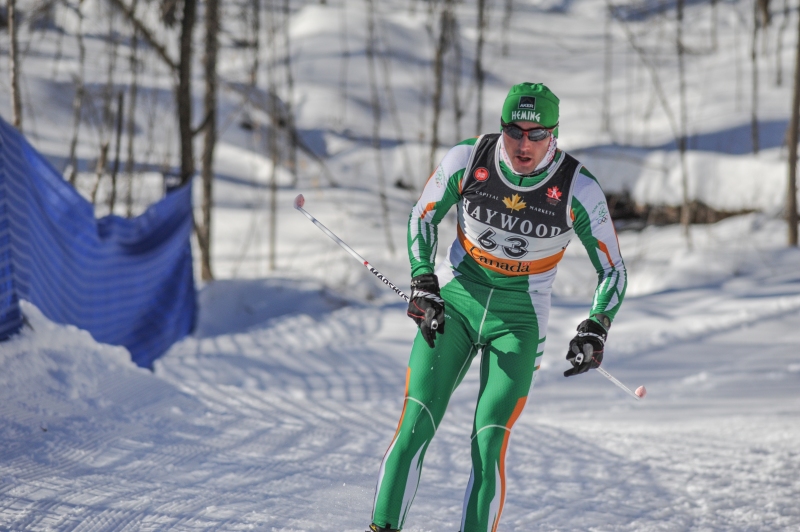 Taking a moment to relax before going down “Dirk’s Dive” at 50km/h! Photo: Ian Austen 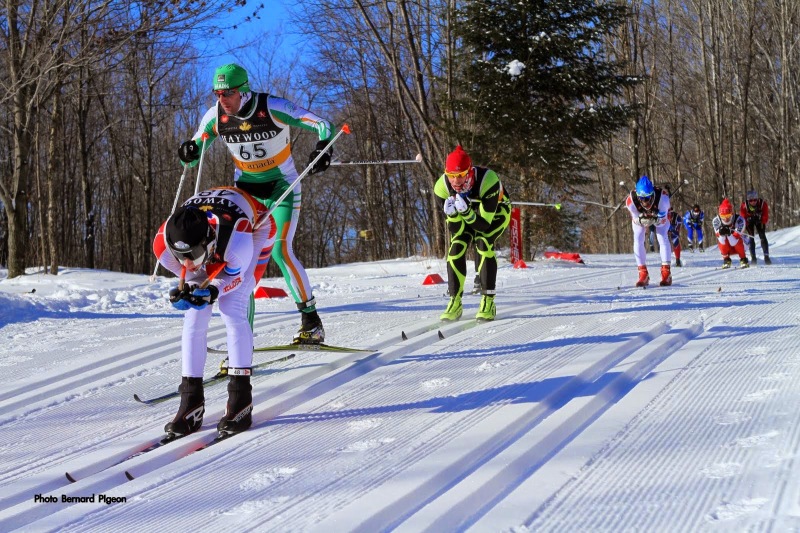 Making a lane change at high speed. Kevin Heppell in close pursuit, and some xcottawa men racing fast as well!

In the coming weeks I plan to race another Atlantic Cup biathlon race in Prince Edward Island, the Gatineau Loppet (27km skate), World Championships (10km skate + classic sprint) in Falun,Sweden and the Finlandia-Hiihto ski marathon before returning to New Brunswick for the end of the season. It promises to be a busy time and I hope to keep you updated along the way. I am especially looking forward to finally racing in Scandinavia – witnessing the legendary crowds of Norwegians and Swedes lining the race courses. In Finland I will be racing my first 50km skate race. I have raced this distance three times before in classic, but I think the skate race will bring a new challenge – one that I’m looking forward to tackling and hopefully repeating with some more 50km skate races in North America at the end of March.