This weekend I made a quick trip to the Canadian province of Prince Edward Island to compete in a biathlon race. It has been suggested to me that driving 4.5hrs each way for one race is a bit excessive, but this may have been my last chance for a formal biathlon race this season so I was eager to go. Additionally, Prince Edward Island was the only one of the 10 Canadian provinces which I had not yet been to (though I still have the three northern territories to visit).

The races was held at Brookvale – the home ski area of Canadian cross country skier and biathlete Mark Arendz – winner of two medals at the Sochi Paralympics. It was great to see the community and club where he began racing. I must admit that as a stereotypical “mainlander”, I did not realise that PEI has some significant hills and forests. Tourist information tends to emphasize the iconic red sandy beaches. The ski course was quite demanding – with some nice longer climbs and very little rest to be had.

I was extremely happy with my race on both the shooting and skiing fronts. My shooting is still poor, but I have managed to improve it from 20% in my first races, to 35%. More importantly I’m getting more comfortable with the shooting process and know what I did wrong this race and can work to correct it in practice.

In terms of skiing, I made some progress in figuring out how to skate ski in cold conditions. I was able to distribute my energy well over the climbs and adapted my technique to the cold soft snow. Racing a 12.5km in biathlon is nothing like a 12.5km cross country race. In the biathlon I get four opportunities to lie down or stop for a minute or more (my time in the range is still very long) and take a rest! It’s really more like excellent interval training – fortunately that’s just want I wanted 10 days before racing in Sweden. 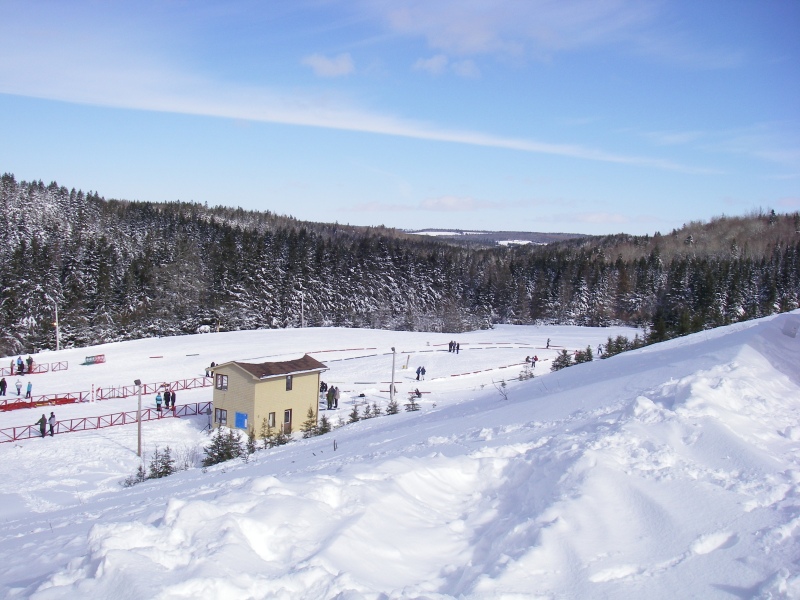 The stadium, penalty loop, and hills – yes PEI has hills. 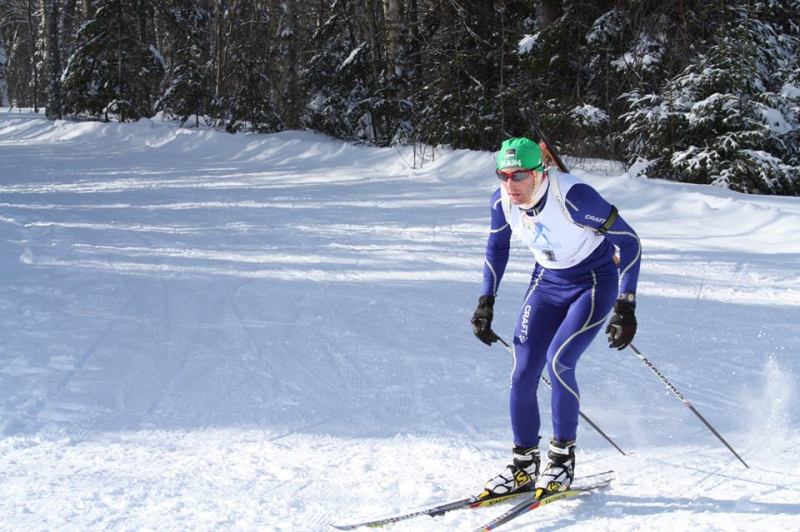 Beautiful day for a ski. 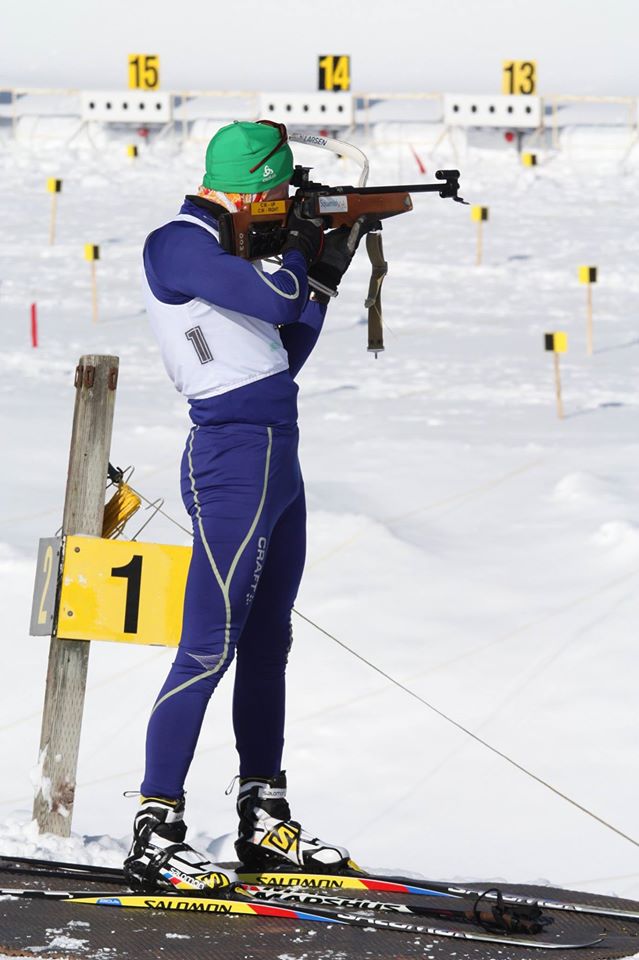 I suppose I’ll try to use this rifle, given that I’ve been dragging it up all those hills. 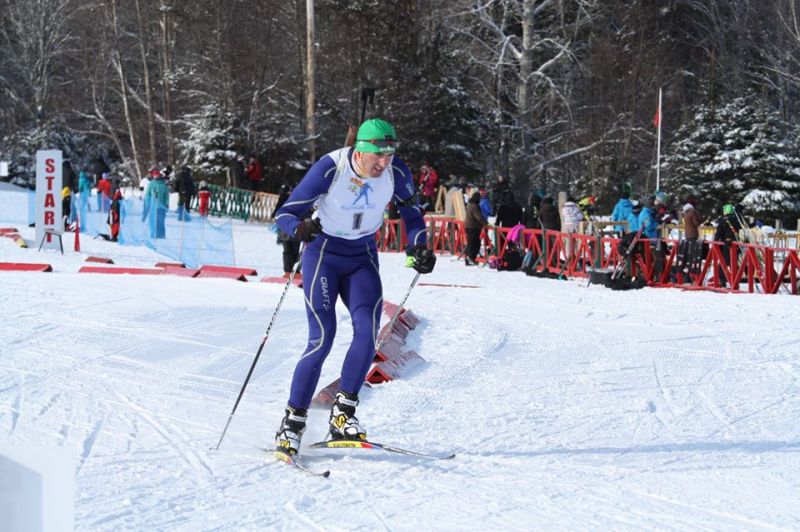 Happy to be done with the penalty loops!

In 1997 Prince Edward Island was connected to New Brunswick via the 12.9km long Confederation Bridge. The bridge significantly impacted travel patterns, tourism, and lifestyle on this island. In fact only 59.4% of the island’s residents supported its construction in a 1988 plebiscite. The bridge is still the longest in the world to cross over ice covered waters. While driving on the bridge the view from my low vehicle isn’t anything to write home about, but from the shore it is quite an impressive span. At times the bases of the supporting columns appear to simply float in thin air.

Not much of a view from the Confederation Bridge. 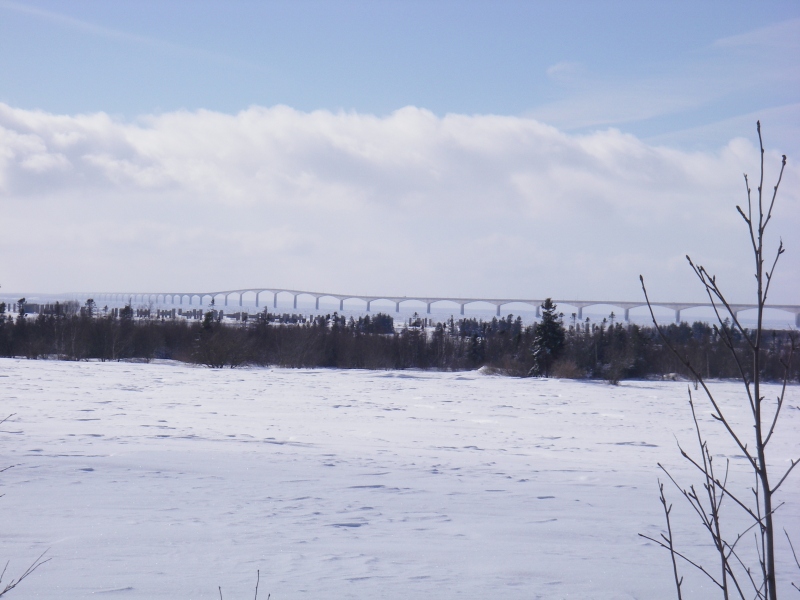 But the view from the island is more impressive!

Next week I’ll be writing from Falun, Sweden – site of the 2015 Nordic World Championships! In between then and now I still have a few shifts at work and some hectic packing to do!