The last two weeks of February were a very busy time for me. My odyssey began with a 10 hour drive from New Brunswick to Ottawa. I had a wonderful dinner with friends and than put in a 10 hour sleep – which in retrospect was the key to my success and survival in the following days!

The next day I competed in the Gatineau Loppet. This was a Sunday, so the race was in the skating style. Due to temperatures of -24C (before windchill!) the race was shortened from 27km to 22.5km. I have never raced in such cold conditions. Even though it was very sunny I had to raise my sunglasses since my breath was freezing on them, along with my hat and race top as you can see in the photo below. In the first part of the race I was breathing hard with my mouth open and ice actually formed on my teeth – I managed to lick it off and spit it out! 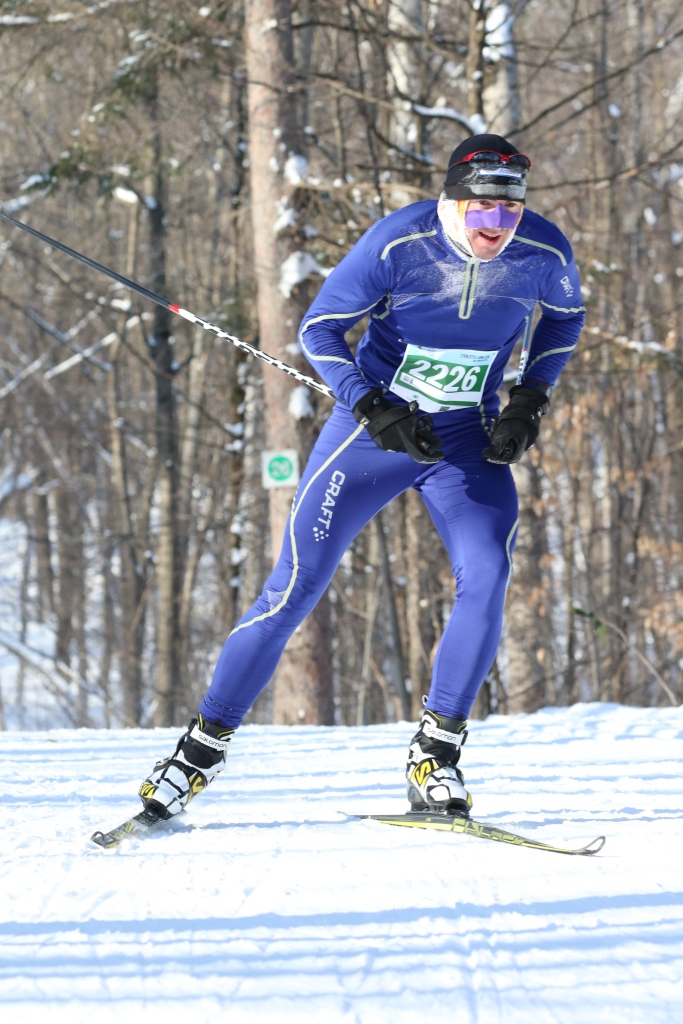 Because I had not recently raced the Gatineau Loppet I was forced to start from the B wave.  During the first few kilometres of the race I had to spend a huge amount of energy leading the B wave into the wind, and then dodging around the A wave stragglers. About 8km into the race I mistakenly thought that I had caught the A wave leading pack so I slowed my pace ever so slightly. Next came a long climbing section of course which is so narrow (#15 for all the Gatineau park connoisseurs reading this) that passing is nearly impossible. By the time I hit the wider trails I was skiing alone and not making up any time. I finished 10th overall that day, which was a great confidence boost going into World Champs. I look forward to starting in then A wave in the future and maybe moving up a few positions in the results – or maybe I’ll ski the 50k classic next year!

Immediately after the race I ate, showered, and then jumped back into the car to drive to the airport in Montreal. Where was I going? World Championships in Sweden!