This story begins immediately after the Gatineau Loppet in the middle of February 2015. As I drove from Ottawa to Montreal, my car started making some very disturbing noises just one kilometer from the airport . I parked it in a long term lot and decided to deal with that problem in two weeks! All my flights and connections went smoothly (except for the arm and leg which are charged to transport skis these days) and I arrived at the Stockholm Airport. I was very excited – I was on my way to my first ever FIS Nordic World Ski Championships. These games take place every two years and feature cross country skiing, ski jumping and nordic combined competitions. Biathlon does not take place as this sport has it’s own separate governing body from FIS.

I was finally able to meet Rory Morrish – our cross country coordinator for the Snowsports Association of Ireland and 2006 Olympian. Making his international debut for Ireland was my teammate Dominic McAleenan. After some confusion typical of major sporting events, we eventually boarded a bus from the airport to our accommodation in Falun. We were living alongside teams from Iran, Lebanon, Chile, Bosnia-Herzegovia, and Armenia. Being able to meet people from all cultures has been an incredible part of my skiing career. I would say that there were even more skiers from more countries at the World Championships then there were at the Olympics, though we weren’t all housed in the some location which diluted the excitement a bit. 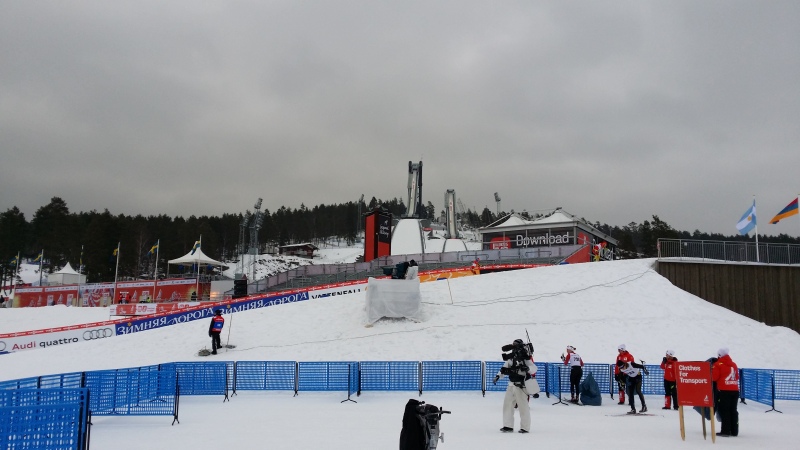 It’s not a major championship without elaborately rigged television cameras.

Try not to let the Norwegians intimidate you! 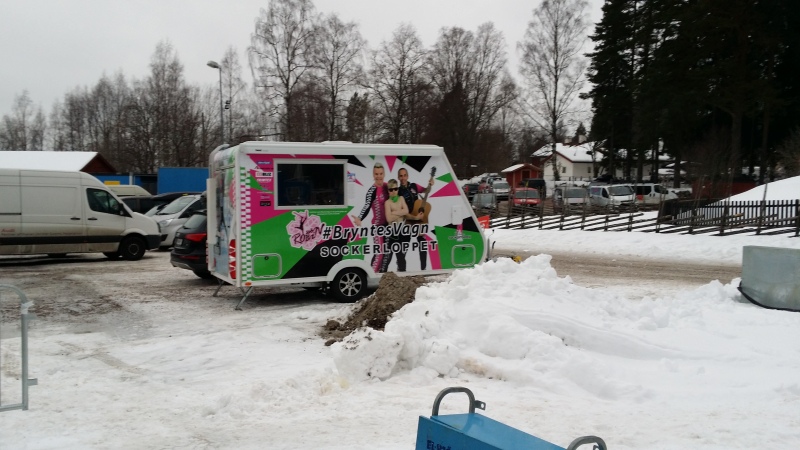 Nor the eccentric Swedish skiers with their personal wax trailers either!

The next day (Tuesday) we we skied the races courses and worked with Rolf – our wax technician to pick skis and test kick wax for Thursdays classic sprint. Before I knew it, it was Wednesday afternoon and time for my 10km skate race. This was a qualification race for those skiers whose FIS points were not low enough to enter directly into the 15km skate race later in the week. The course was two laps of a 5km loop featuring the infamous “Mordarbakken” or murder hill. I was happy with my pacing and finished 37th of 67th starters. This was also my best ever skate race in terms of FIS points – I have been happy with the focus I have put into skate skiing this season. I didn’t find Mordarbakken as difficult as I expected from all the stories about it – I think this is because the course in Sochi was so challenging, I don’t know if I’ll ever race on hills that long ever again.

Checking out the start area. 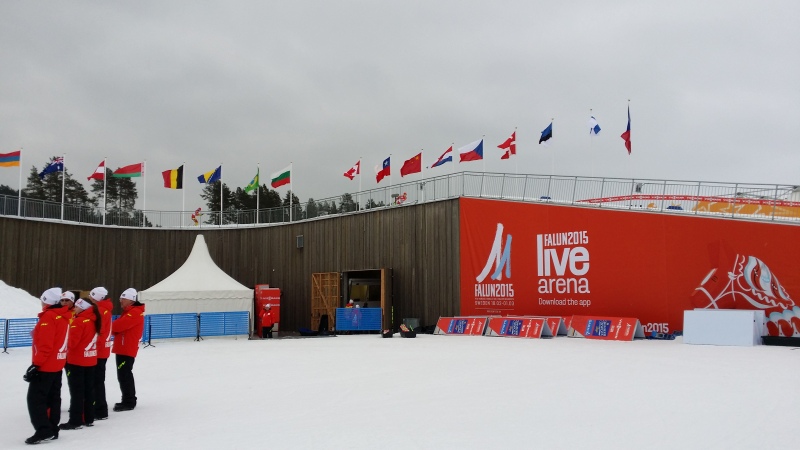 The race course goes over this building! 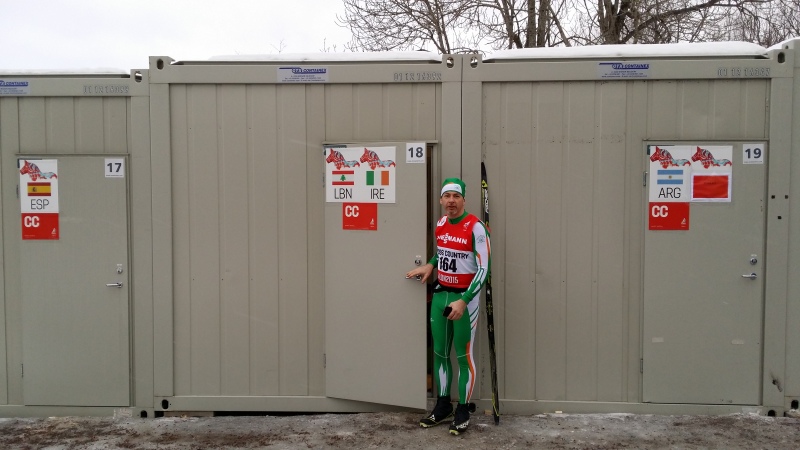 Dominic heading out to test some kick wax.

Wednesday evening brought the opening ceremonies for the championship. An excellent event – just the right length, it featured both traditional and pop music, a speech from the King of Sweden himself, and concluded with a ski jumper jumping at night with fireworks on his boots!

Ketchup and mustard udders to feed all the fans with sausages and other tasty foods!

Joking around with our friends from Team Chile.

On Thursday we raced the classic sprint but did not move past the qualifier round. I stayed after the race to watch all the heats and finals where Canadian Alex Harvey took silver! Afterwards I managed to hitch a ride in the nick of time (Thanks team Slovakia!) in order to catch a shuttle into Stockholm. 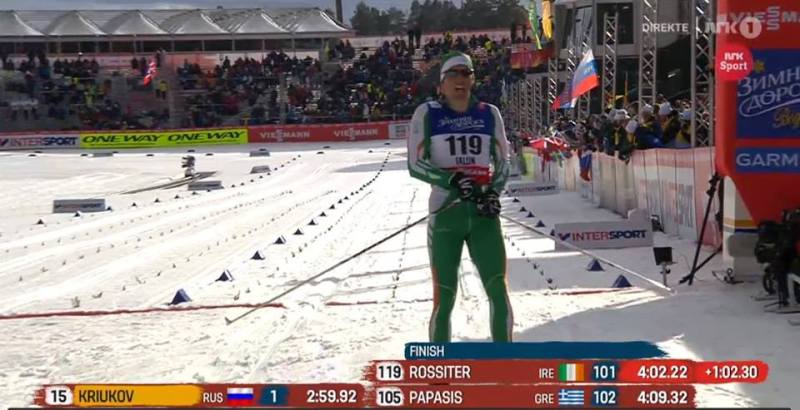 Classic sprint finish, not my favourite race, but amazing crowds made it fun. 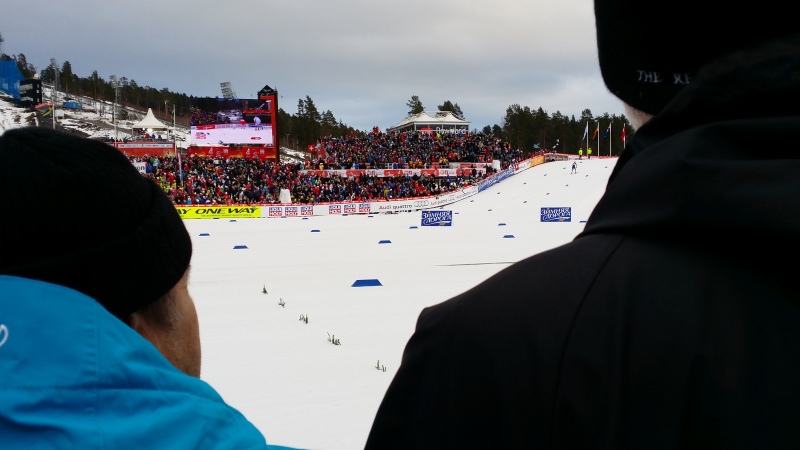 Watching the finals with some Norwegian fans.

Thanks for the memories Falun!