One day after the summer solstice I travelled north of the arctic circle to spend a week climbing with my friends Steve and Courtney. We were headed to the Lofoten islands,  an archipelago in northern Norway. The weather was initially a bit grey and wet, but the 24hour sunlight allowed us to climb or hike essentially whenever we wanted, to take advantage of the best weather.

Though there were quite a few tourists in the area at this time of year, I was pleased to see that it was still quite easy to camp on public land, and there was very little evidence of littering or other signs of the land being overused. It was interesting to see and think of Norway in a context other than the cross country skiing one – though I did see a few rollerskiers over the week.

Norway was very easy to travel in, though I was glad that I brought a backpack full of food from England as the local food prices were very high. Most Norwegians seem to speak impeccable English, though I did manage to find some locals north of Tromso who didn’t.

Spectacular views out of Bodo on the way to Narvik. I’m assuming these are military hangars.

Making friends with Kato, at a friends place in the town of Kjopsvik. 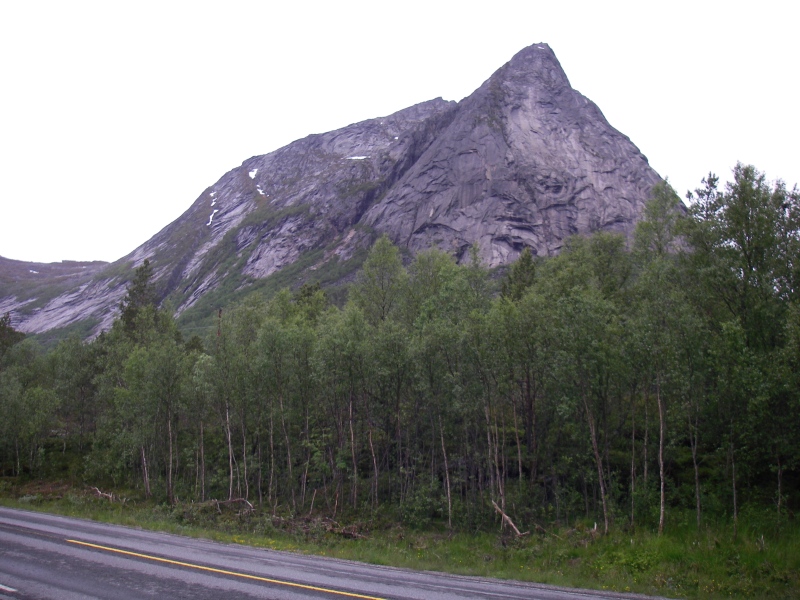 Too wet to climb unfortunately. 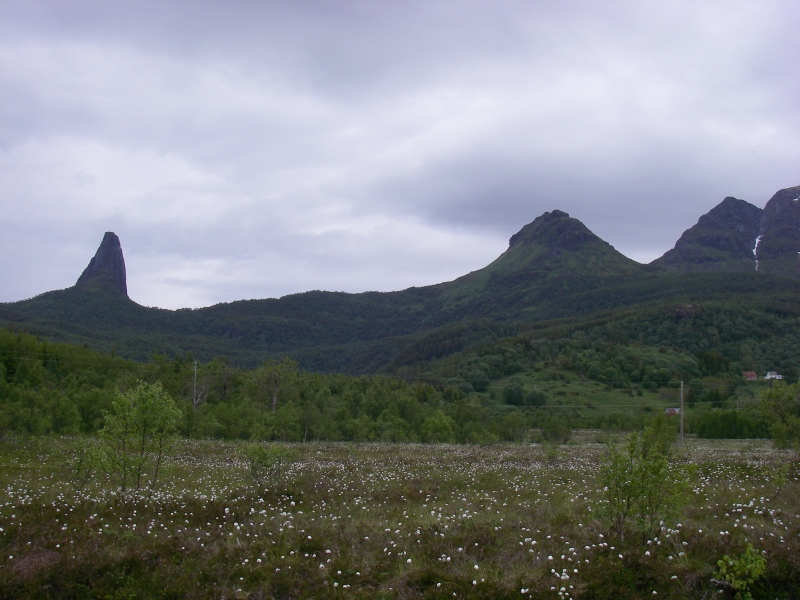 But this peak looks nice if we give it a few hours to dry out – the Hamaroyskaftet.

Sometimes the islands felt more tropical than arctic, but the temperatures were constantly cool. 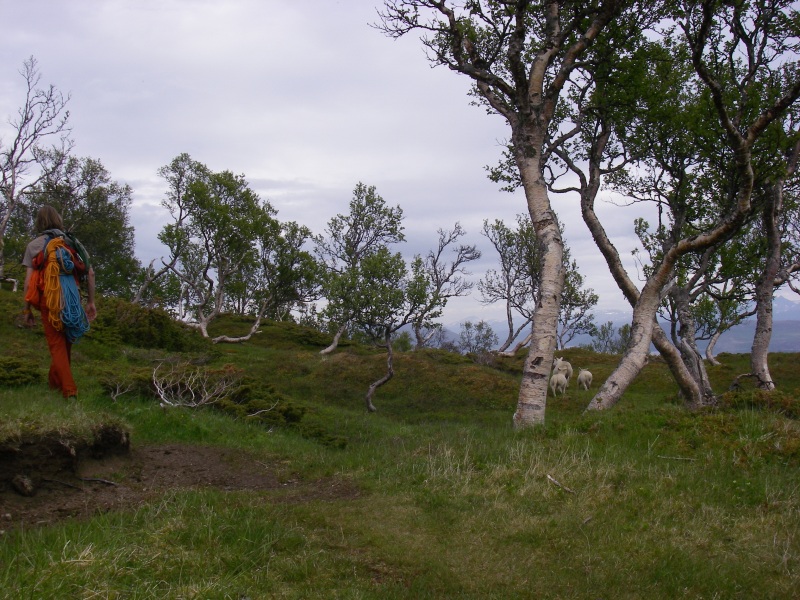 Where the heck is the route? Wishing we had a real paper guidebook.

We found the way up!

And the views were worth the wait.

On the way down to catch the ferry.

Worlds most spectacular football pitch? I should have taken a wider photo – balls are often lost into the adjacent sea.

Looks like a nice spot to camp (until the drunken Finns showed up to wake us at 2am!) 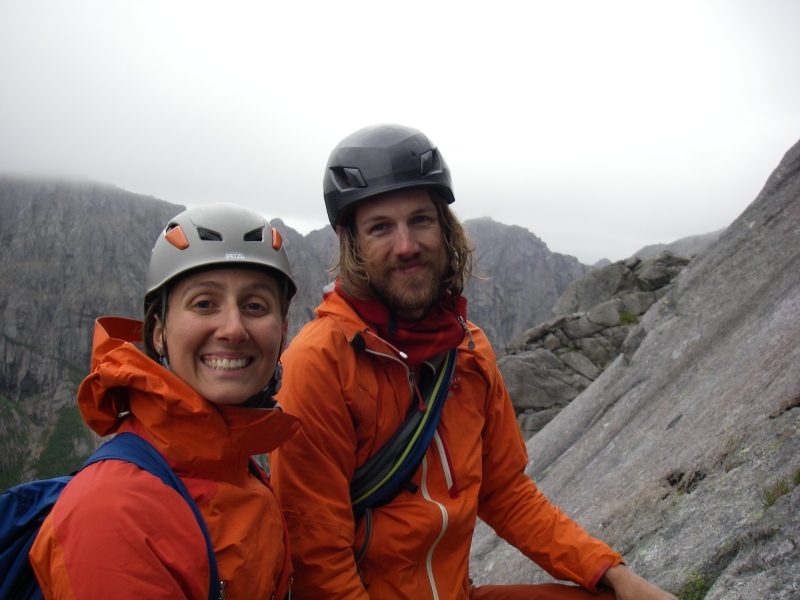 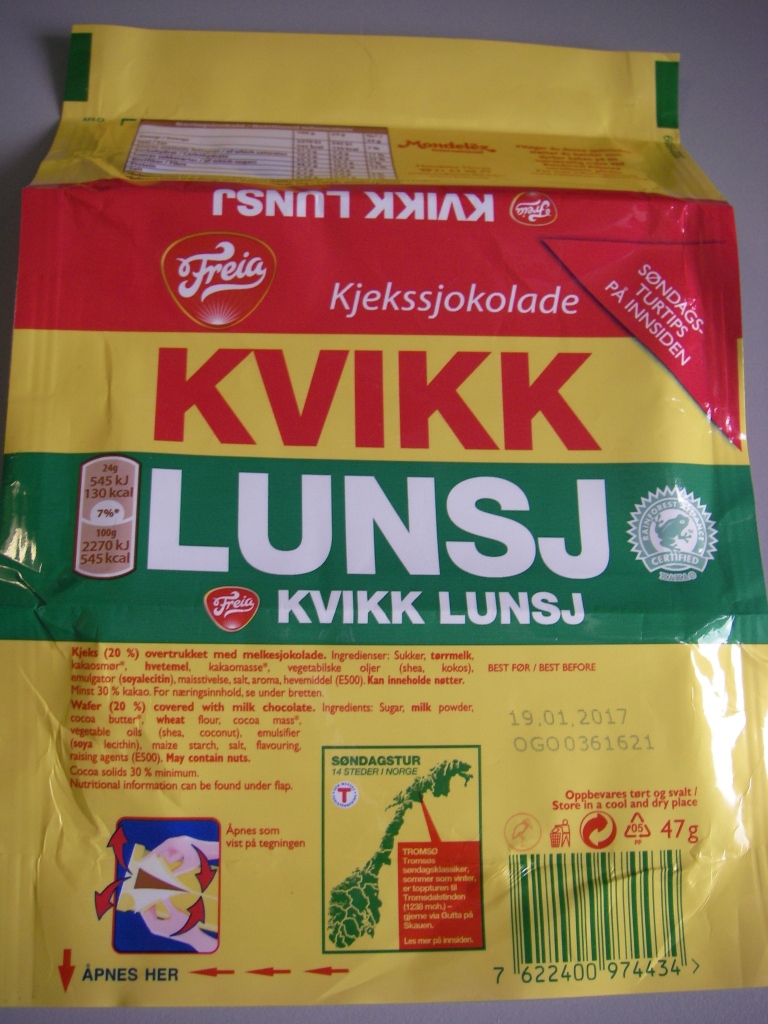 I wouldn’t recommend this as a daily lunch, but when you’re on a rock wall for 10 hours it’s perfect! (essentially a Kit-Kat bar) 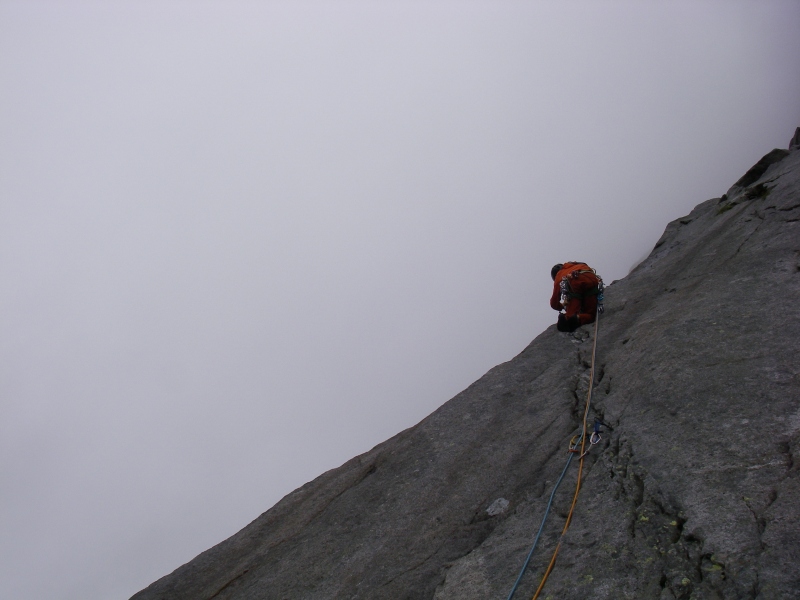 Up he goes into the mysterious misty beyond. 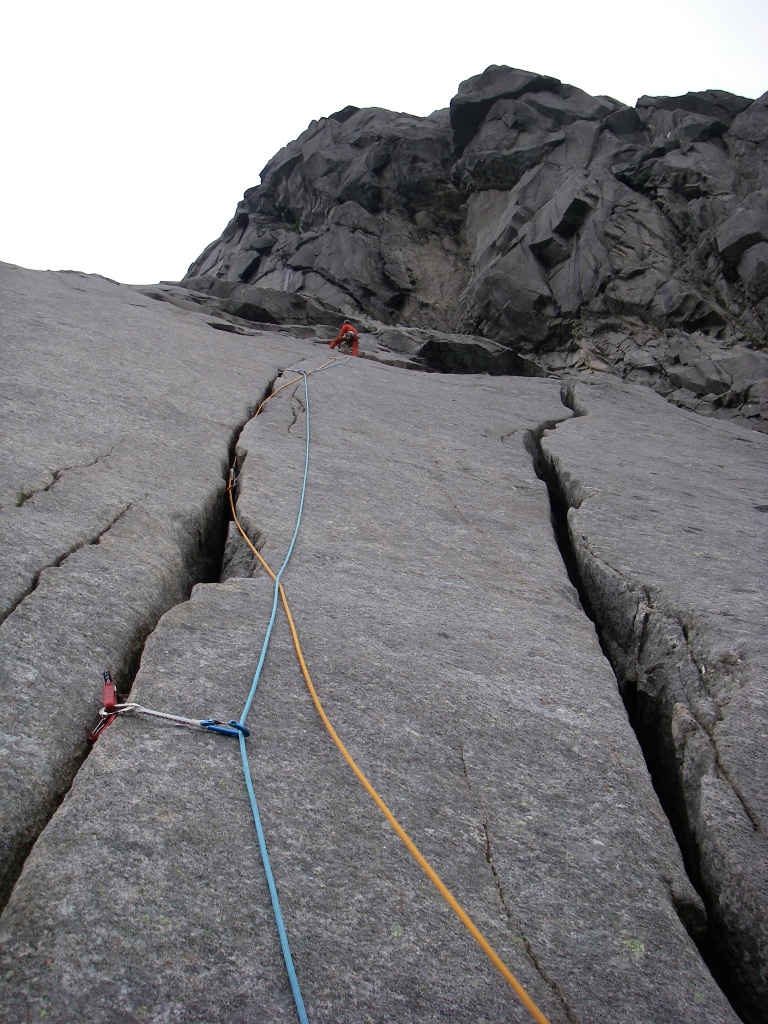 Cleaning and packing up after a chilly swim in the lake behind us.

After a few days of climbing, Steve and Courtney had to head back to Canada and I spent an extra day and a half by myself hiking to the north of Tromso. I have never been this far north – just under the 70th parallel!  I took more pictures in this time than in the previous five days – here are just a few:

Camping under the midnight sun. 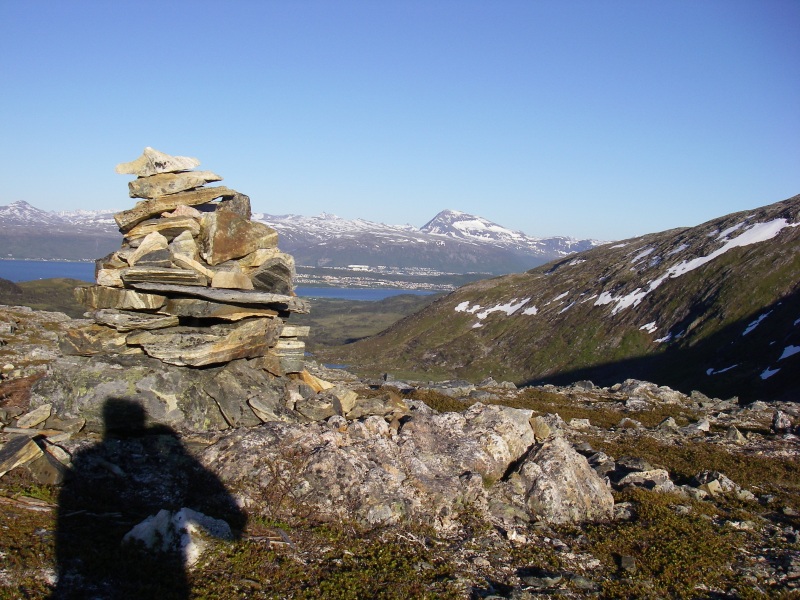 Looking back towards Tromso. 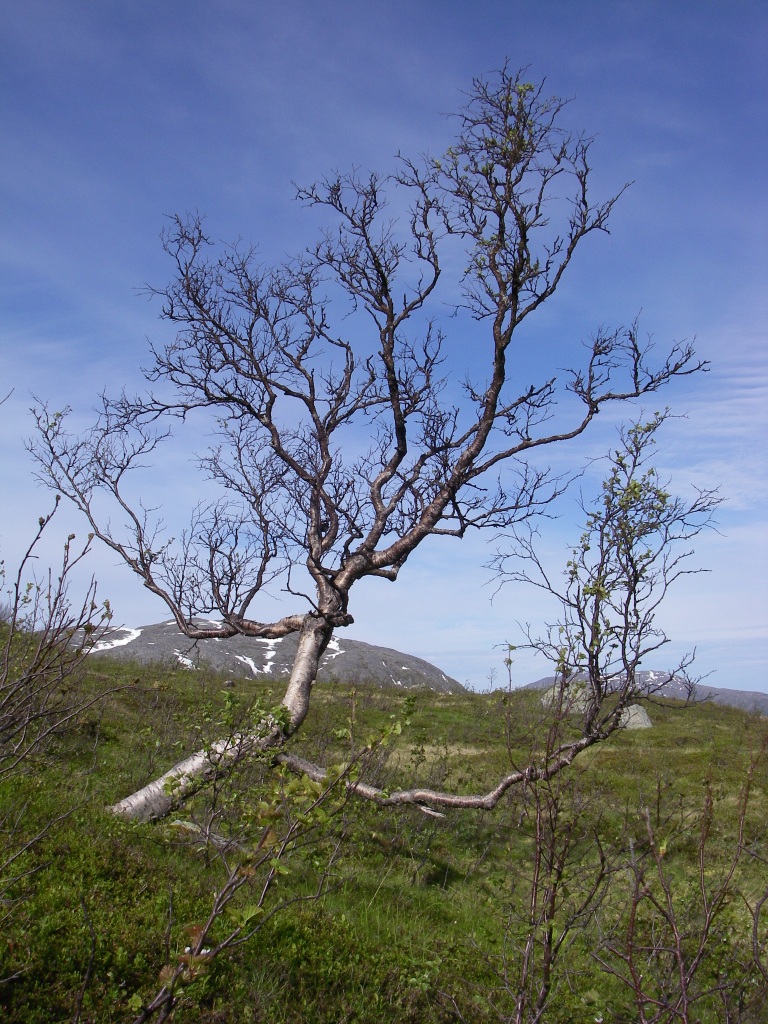 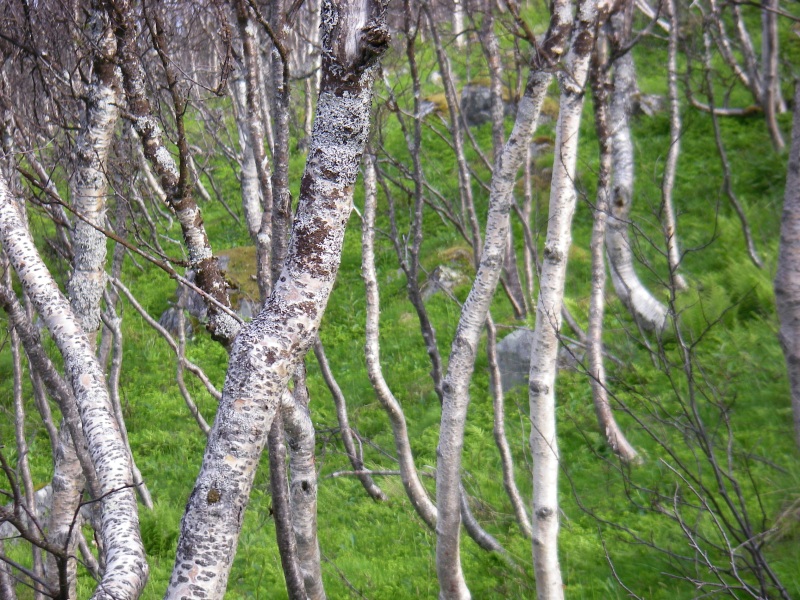 Skulsfjord – sadly no food shop here so I had to hike 8.5 hours on only 300g of cheese!

Climbing from sea level to over 700m.

Yes, thank you, this is exactly how I like my summer vacations.

One response to “Lofoten”