The Bay of Fundy lies between the Canadian maritime provinces of New Brunswick and Nova Scotia. It is known for having the highest tides in the world (as much as a 16m range!). This weekend I made a trip to visit the region and participate in a long orienteering race.

My weekend began on Friday night with an overnight shift at the hospital. The night was calm and I came home to sleep for a few hours on Saturday morning.  After four hours of driving south, I arrived on the shores of the Bay of Fundy near sunset. 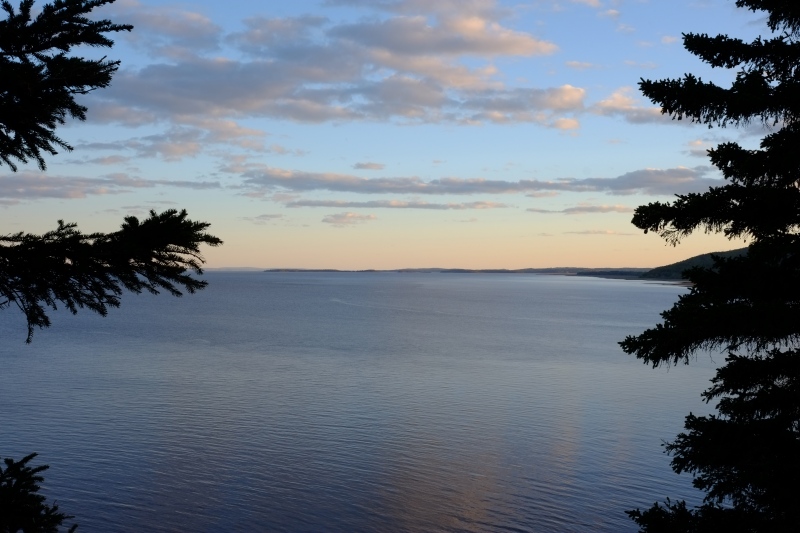 I made a quick visit to the iconic Hopewell Rocks and had the view largely to myself. The area is clearly a bit of a zoo in the summer – think parking lots, gift shops and designated smoking areas. It joins Niagara Falls and Stonehenge on my list of places that are sometimes far better in pictures than in real life. 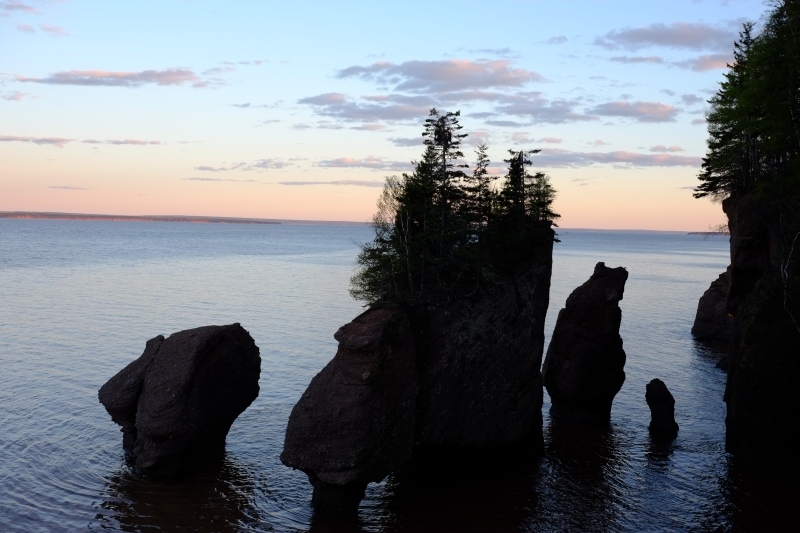 On Sunday morning I slept in for a bit and prepared myself for the noon hour start of a four hour orienteering race. Orienteering is a brilliant sport which combines cross country running with very precise navigation skills to find checkpoints on a landscape. A map and compass are the only tools allowed. Ones ability to navigate and mental sharpness and endurance are usually the limiting factors as opposed to physical fitness. I had not orienteered in four years, so I was a bit anxious going into a four hour race. I managed to finish the course in three hours and was very happy with my navigational skills, route choice, fitness and hydration and nutrition during the race. A good day out! 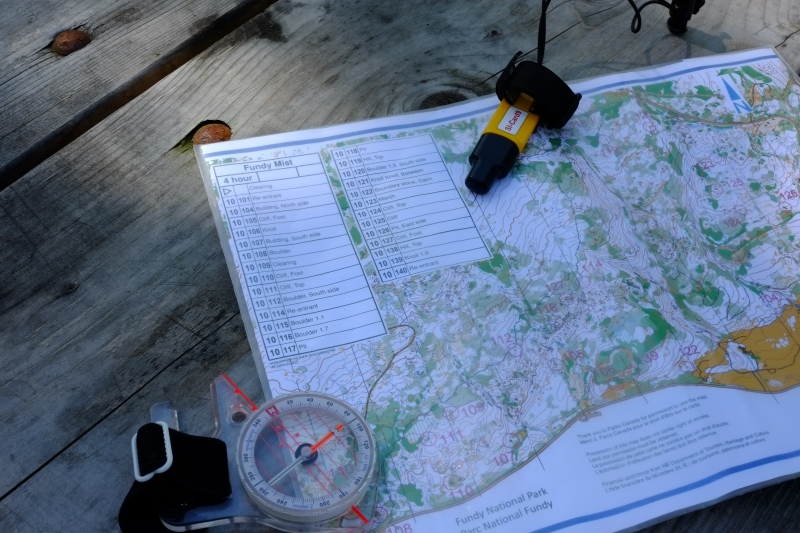 After the race I took a shower and took advantage of the beautiful afternoon to explore some parts of Fundy National Park which I had not passed through during the race. I headed west to an area called Shiphaven. Before this area was protected as a park, lots of logging and shipbuilding took place in this bay. 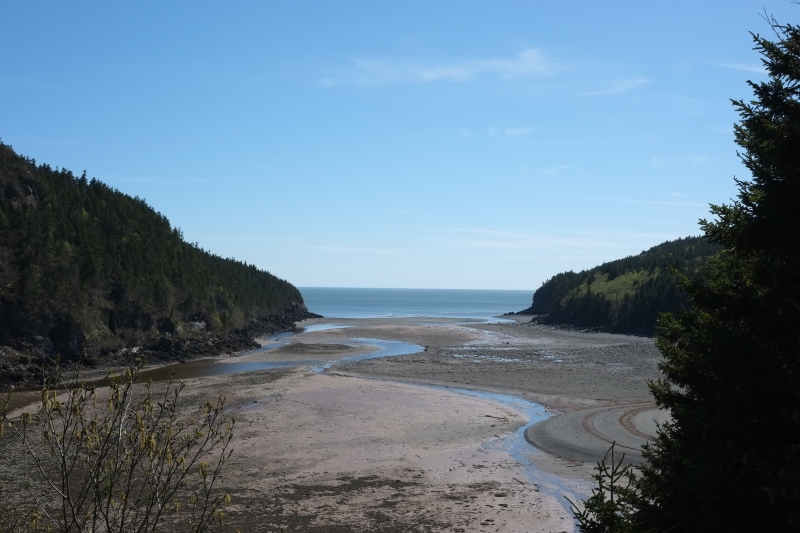 Lots of people were out walking, taking advantage of the ebbing tide. 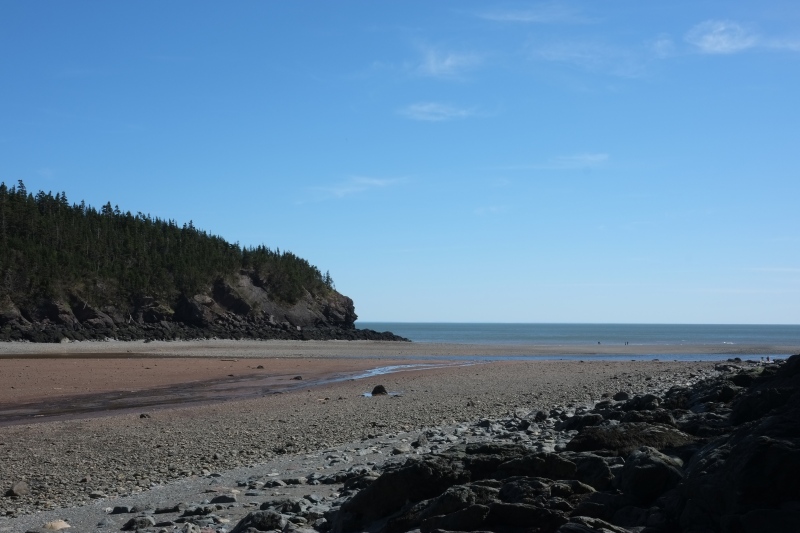 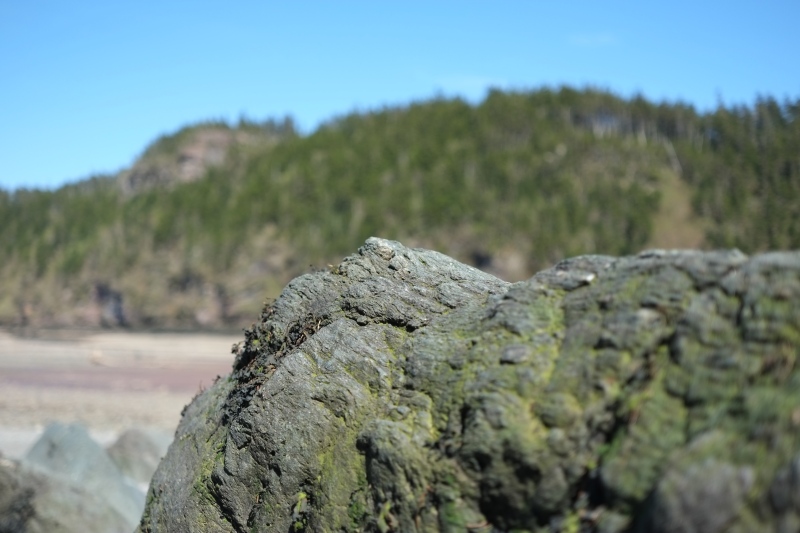 As far as I know, the area is often rainy and foggy, so there are many wonderful lichens to be spotted. 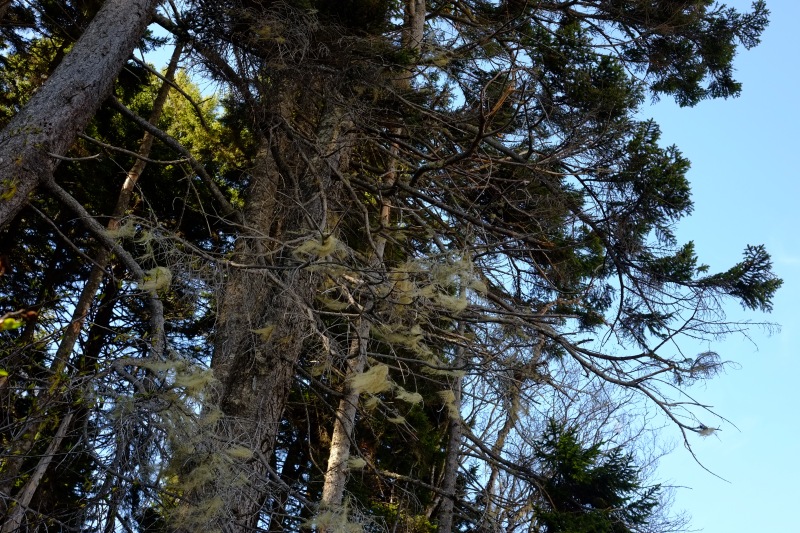 A covered bridge with a beautifully clear (but very cold!) river running below it. 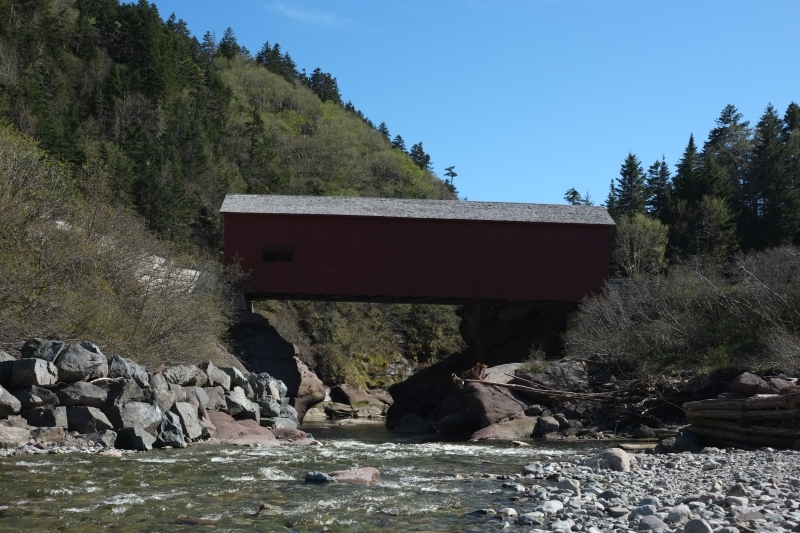 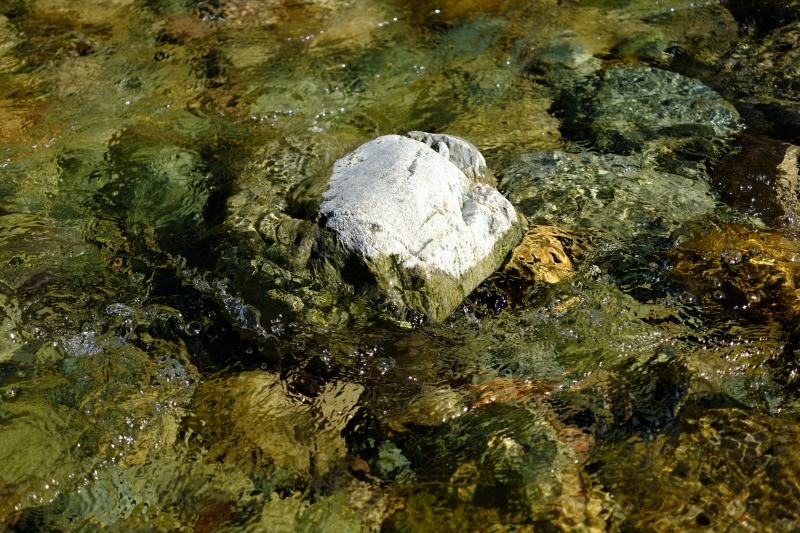 Just east of the national park lies the fishing village of Alma. 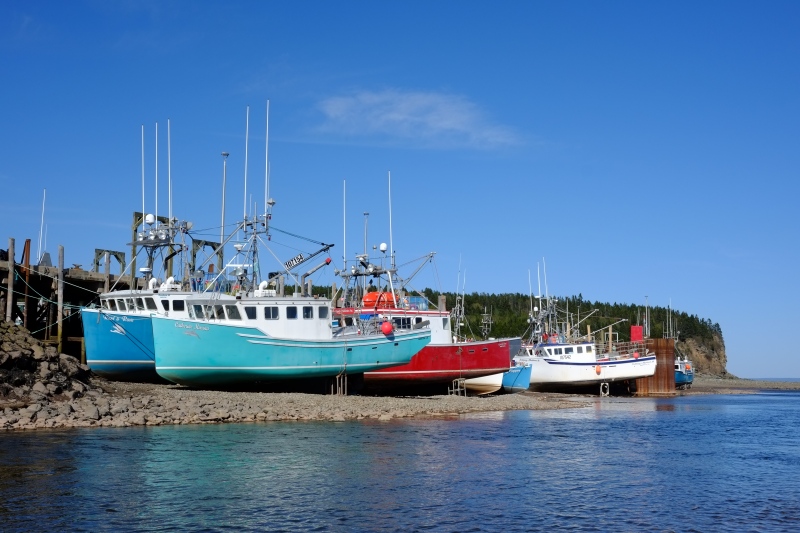 The evening brought beautiful light to my campsite. A rare moment in spring before the blackflies, mosquitoes and other winged pests make their appearance for the season. 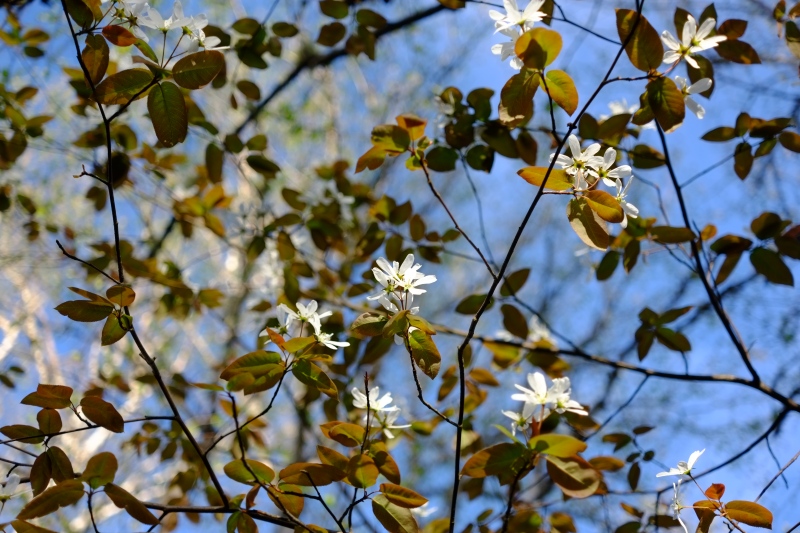 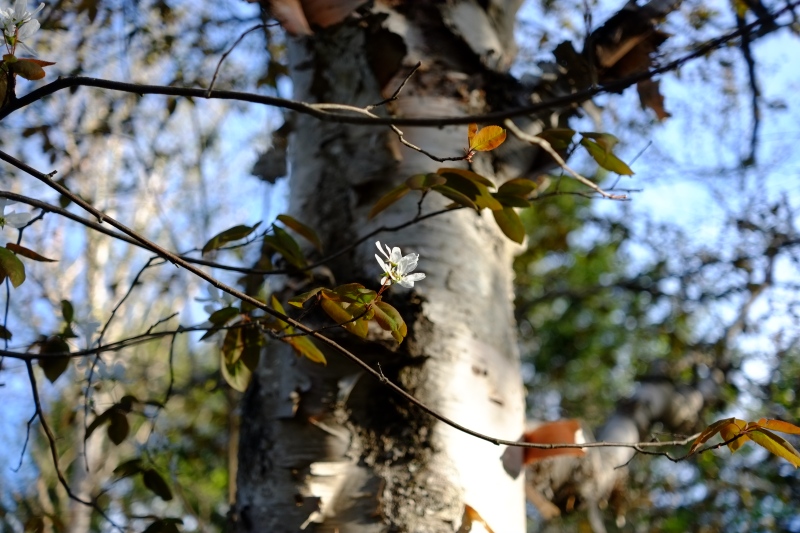 And finally a beautiful sunrise on Victoria Day Monday before my drive back home. 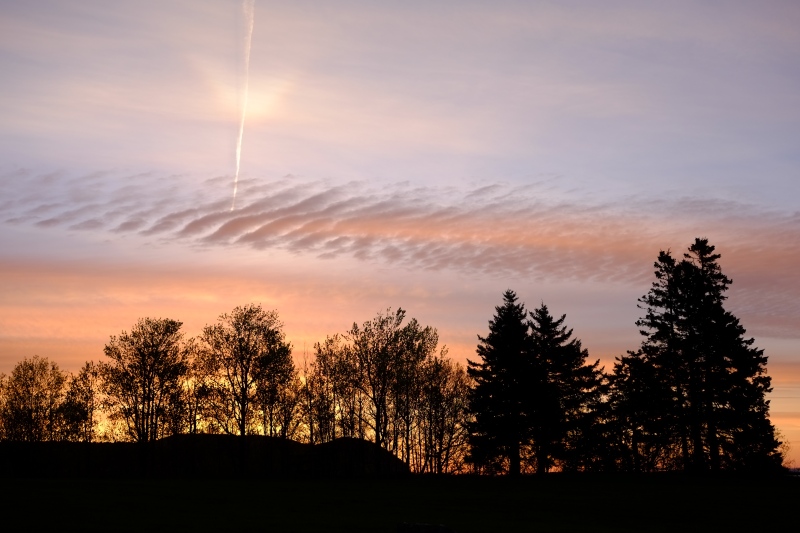